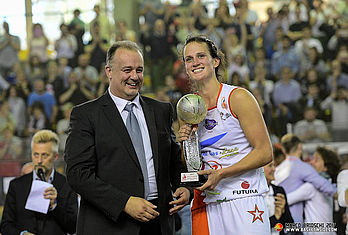 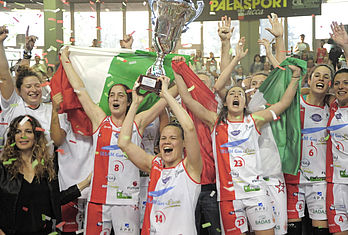 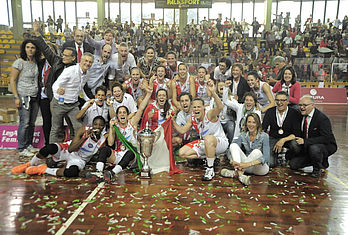 What a day for Le Mura – Lucca’s female basketball team. Futura has been proud to sponsor Le Mura for several years and their faith in these talented athletes was repaid many times over on Sunday 7th May when Le Mura became Campioni d’Italia 2016/2017.

In a game which had everyone in the PalaTagliate arena on the edge of their seats until the final minute, Lucca’s champions pulled off stunning victory to secure their place in the city’s sporting history.

“This thrilling victory in the Italian league final was proof of the courage, skill and determination of these young women,” said Futura’s Marco Dell’Osso. “At Futura we wanted to support Le Mura because they have such energy and passion for their sport, and a strong connection with the great city of Lucca. Their amazing victory on Sunday is a dream come true.”